Office of the District Attorney

Joshua David Lamancusa was born in New Castle, Pennsylvania on June 4, 1973. He attended Denison University in Granville, Ohio, and was a member of the Sigma Alpha Epsilon National Fraternity and Denison University Football Team. He was active in campus government holding several elected positions, including Student Body Vice President, Chair of the Board of Co-Governors, and Chair of the Committee on Residential Life. In 1995, he was the sole recipient of the Nelson Griely Award for Campus Leadership and he graduated with a Bachelor of Arts Degree, majoring in Economics. In 1995, he attended The Ohio State University located in Columbus, Ohio, to pursue a Master’s Degree in Finance and in 1996, applied for admission to and was accepted into Case Western Reserve University School of Law in Cleveland, Ohio. Joshua earned his Juris Doctorate from Case Western Reserve University in 1999, and during his law school tenure was a member of Case Western Reserve’s National Moot Court Team, a Staff Editor for the Health Matrix: Journal of Law-Medicine, and an Appellate Brief Advisor.

In 1999, Joshua was accepted into the United States Navy Judge Advocate General’s Corps (JAG Corps) and was commissioned the rank of Ensign. He attended Officer Indoctrination School and Naval Justice School in Newport, Rhode Island. Ensign Lamancusa was promoted to the rank of Lieutenant Junior Grade and was stationed at Trial Service Office East at Naval Station Norfolk, Norfolk, Virginia. Naval Station Norfolk is the largest naval base in the world and the Trial Service Office East is the busiest prosecution office in the U.S. Navy.

Lieutenant Junior Grade Lamancusa promoted through the chain of command and was designated a Trial Counsel Team Leader, responsible for the supervision and prosecution of all cases assigned to a team of 3 full time prosecutors and 2 paralegals. He excelled in this leadership position and shortly thereafter, Lieutenant Junior Grade Lamancusa was promoted to the rank of Lieutenant and was named Assistant Chief Trial Counsel. He was responsible for all case prosecutions at Naval Station Norfolk, as well as for the supervision of 11 full time prosecutors, 4 paralegals and 2 civilians.

Lieutenant Lamancusa completed his three-year tour of duty in Norfolk, Virginia and was assigned to the Navy Legal Service Command in Naples, Italy. He was assigned the role of defense counsel and was placed in charge of the Command’s Claims Department. Lieutenant Lamancusa managed the Naples office and four branch offices located in England, Spain, Sicily and Bahrain. While on active duty Lieutenant Lamancusa received numerous awards and commendations including two (2) Navy and Marine Corps Commendation Medals, two (2) Navy and Marine Corps Achievement Medals, the National Defense Medal, Oversea Service Ribbon and various weapon medals.

In 2005, then Lieutenant Commander Lamancusa resigned his active duty commission and returned to Lawrence County to begin private practice. He maintained a general practice, specializing in criminal and civil litigation. He was and continues to be active in numerous community organizations, including the American Legion and the Veterans of Foreign Wars. He was formerly the Solicitor and a Member of the Board of Directors for the United Way; a member of the Board of Trustees for the New Castle Public Library, a part-time professor at Central Texas College and Butler Community College. He has served both the Pennsylvania and Lawrence County Bar Associations as a Zone Delegate, and Chair of the Executive Committee for the Young Lawyers Division of the Pennsylvania Bar Association. He maintains a license to practice law in Pennsylvania, Ohio and the 3rd Circuit of the Western District Federal Court. 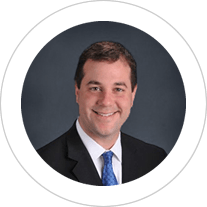